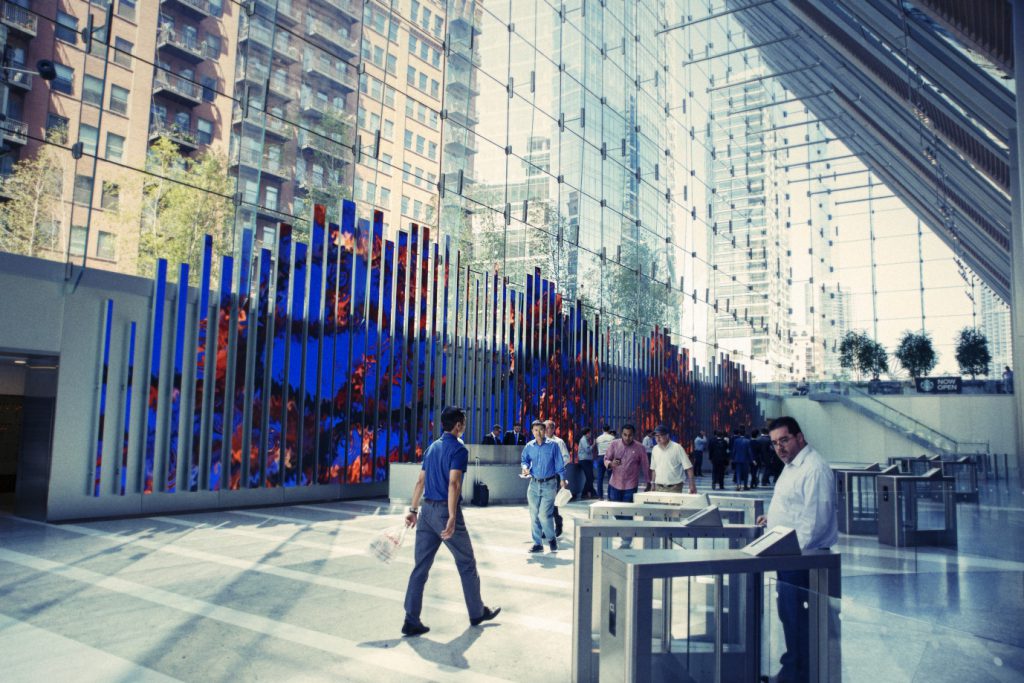 Riddle: What do Mexican avocados, Australia, and an impending guacpocalypse have in common?

The answer is…. Surcharges:

I got an idea to write this post in Santa Barbara, California in November, where I saw a new surcharge applied at restaurants: There was an avocado surcharge as a result of a supply shortage due to a growers’ strike in Michoacán, Mexico: 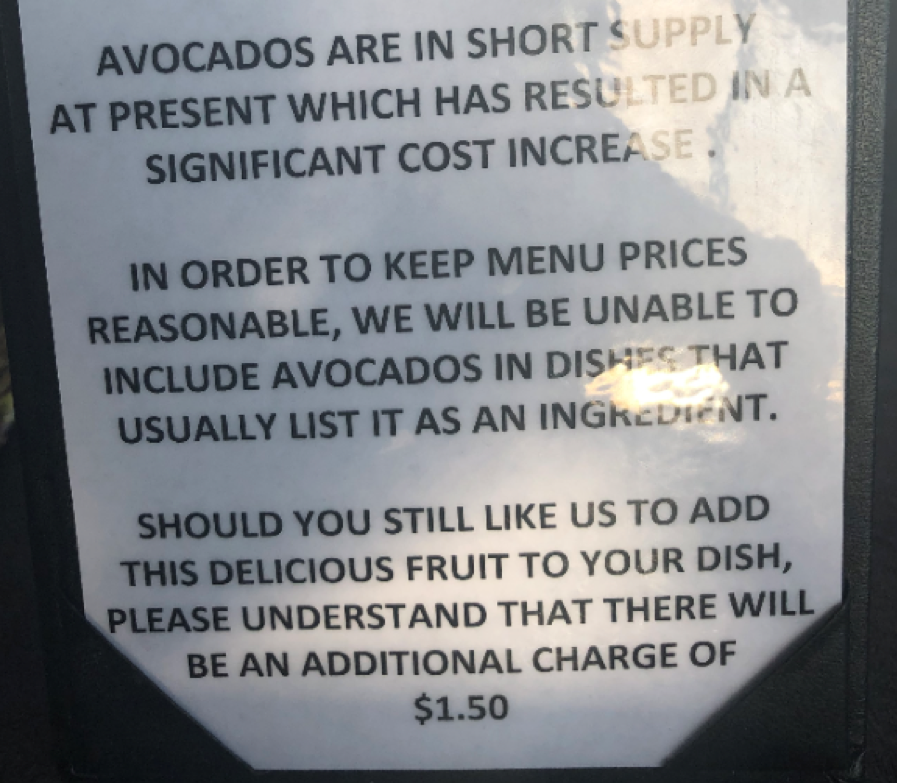 While I did write a note to the management team that $15 for a soggy Quesadilla with no avocado was NOT reasonable (true story), it was not enough for a blog post. The recent guacpocalypse caused by the fuel shortages in Mexico rekindled the idea about transparency and response to supply chain and cost increases, but that did not seem as fun as tying this into a trip to Australia.

How Surcharges Work in Australia

/ In January, we took a trip to Australia. It was a brilliant place with urban spaces, wild, water, jungles, and truly amazing flora and fauna. What also struck me was the cultural familiarity with the U.S. Having lived in Europe for three years and, as this was my sixth continent to visit, I was struck by the blend of the familiar with the exotic. The stores, restaurants, and overall cultural experience were more similar to the U.S. than any other country I had visited. I think it was because we are both relatively young English colonies that are both now cultural melting pots.

Being a bit of a pricing geek, I did find some major differences in pricing practices. My wife made plenty of fun of me taking these pictures, so I hope you enjoy them.

Let’s start off with a good practice in the transparent reasoning behind a price increase:

The use of surcharges in Business to Consumer (B2C) environments is prevalent and widely accepted. I have included some pictures below, here are a couple of examples:

Some other interesting pricing practices I found in Australia:

In B2B environments, surcharges are accepted in some industries and not in others. My first exposure to surcharges was with a chemicals client about 12 years ago, where they literally had over 20 types of surcharges they could apply for anything, including fuel, demurrage, etc. With surge pricing and the increased use of surcharges in B2C, I would imagine we could see this acceptance continue to rise in the future. Do you agree? Let us know in the comments below.

While I did not conduct business in Australia, I wonder if this acceptance of surcharges also applies to B2B. I would love to know more in the comments section if you are familiar with B2B practices there.

Gabriel Smith is the Chief Evangelist at Pricefx and has over 19 years of experience in Quote to Cash, CPQ, and pricing.