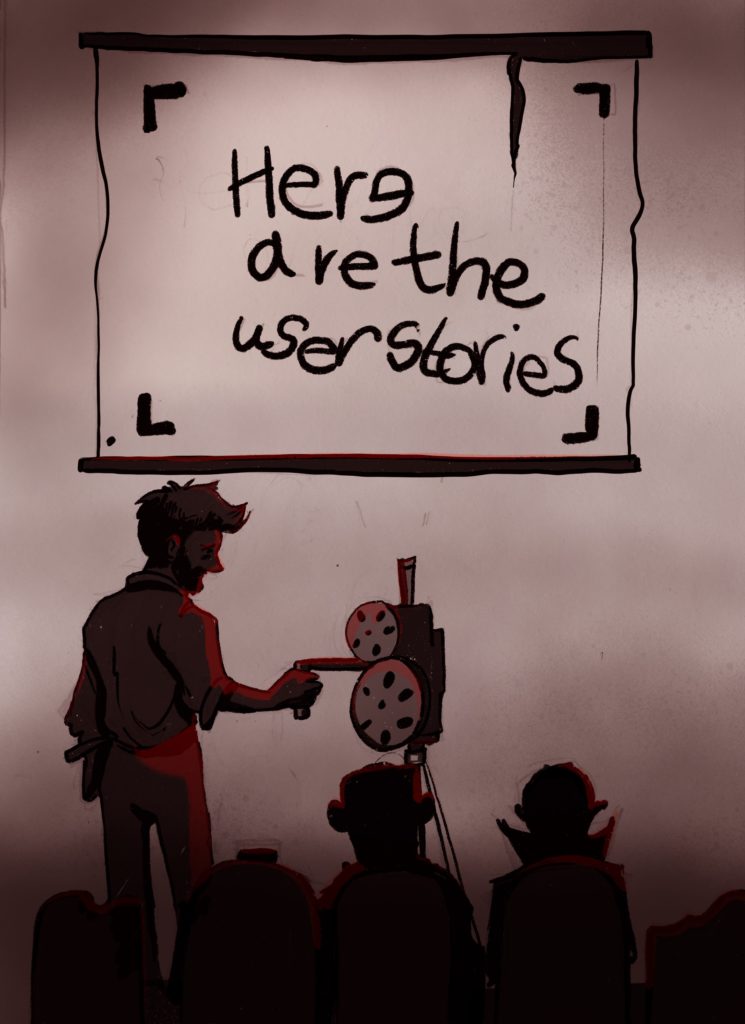 The Tale of the Underdog Million Bid

This story is the 1st in a a series of stories that follows one pricing hopeful as he learns what pricing is all about.  “Horror Stories in Pricing – When Pricing Goes Wrong”. You can follow along with an audio recording of the story here:

Michael approaches Eric P’s door. It’s after work hours and the sun is slowly setting on the horizon. It’s late but that’s the only time Eric has for the proposed meeting. Michael has been looking forward to this meeting for a while now. He joined Pricemont, the premier pricing software and consulting company, three weeks ago. In an effort to settle in, he has been having meetings with key people in the company to better understand the product, processes, and basically get his bearings in a new environment. And one name keeps popping up – Eric P.

Eric is known in the business as a battle–worn veteran of software implementation – he’s seen everything and somehow managed to come out whole on the other side every time. He was there for the Great Economic Debacle of ‘08 when companies all over the world were thrown into disarray as the economy and stock market crashed and inflation surged. He and the teams he led helped to bring several large corporations from the brink with fast thinking and a superb understanding of pricing principles.

Michael is apprehensive as he tentatively knocks on the door and listens for a reply.

“Come in”, a raspy voice croaks. The door creaks open as Michael enters the office.

“Ah, yes Michael, take a seat.” Eric smiles and the lines on his face become more pronounced. Michael would have wondered what Eric had to have seen out in the field to get those lines on his face were it not for his eyes. They sparkled, like Old Saint Nick. There was joy there and it seemed that Eric was only too happy to share that joy. There was warmth as well and not any of the harshness that Michael expected. But he’s grateful for the warmth anyway.

“So,” Eric continues, “you’d like me to give you some tips and tricks for how to get started as project manager at Pricemont.” He pauses, “Do I have that right”?

“Yes, and thank you so much for agreeing to give me your time. It’s just that everyone I speak to has told me of your many successes and I know that if I want to be great at this job, I’d better learn from the best.” He pauses and hopes he hasn’t tripped over his words too badly.

Eric smiles again as he nods. “Well, I’ll do you one better, let’s start with the times I failed. The times the projects did not go well, and I walked away wondering what the hell just happened?”

“OK…”, Michael replies as his voice trails off.

“I know it’s not what you came for, but I think that these will give you some insight into the work you’re about to get into. At the very least, you’ll enter a project knowing it might not go according to plan, but I think that’s kinda half the fun. Ready?”

Eric clasps his hands behind his head as he begins his first story.

It was gray and cloudy outside, and the rain was coming down in a torrent. But I didn’t care, I was on cloud nine and could practically feel the sun on my face. Clouds be damned.

I had just come off the high of a project for a manufacturing company and was looking to replicate that same success in another project when my boss called me in to let me know that I would be supporting a partner in implementing a new tool to automate their pricing processes.

Now, we usually have the details come in from sales to better understand what a customer or client’s project would need before a series of meetings to better scope the project. There were a few more than capable account executives that I had worked with previously and was eager to find out who I would be paired with.

Bob, looked down for a brief second before he replied, “Um… well, that’s to be determined.”

I raised an eyebrow, “What does that mean exactly?”

“Well, John already scoped the project but TyMo, the customer, decided to go with Auto Express.”

This was certainly not what I was used to, but I like a challenge.

“TyMo wants a complete overhaul of their regional pricing apparatus and put out an RFP for the project. I thought our bid was fair, but AE underbid and won.”

Curious. “How much was the bid?”

Bob hesitates, “Oh about… give or take.”

Thunder strikes outside over the number. I could hear the intensity of the raindrops increase as they pattered on the windows.

My jaw almost drops. For a company as large as TyMo? That number did not even begin to make sense. Even with a reduction in scope, that was more than an underbid. That‘s one hell of a penetration strategy, I thought to myself.

Bob removes his glasses and stares directly at me. “I’ll level with you, Eric. AE completely underestimated the amount of work it would take for a project of this magnitude. But they’ve reached out and we’re able to support them.”

Outside, lightning flashed and I counted 3 seconds before I heard the thunder – the number of years it would take to close a project that should have been completed in a year.

So, I packed my bags and was on a flight to TyMo’s headquarters the very next day. The project was already underway, and I was needed immediately. Mary, Luke, and James would be joining me on this project.

As our taxi turned the corner, it seemed like TyMo’s building dwarfed all of the other skyscrapers for a mile. The entrance to the building was arched and above were three smaller arches with the company’s logo that looked like stained glass. I half expected a gargoyle to fly down and block all access to the building.

After a lot of back and forth and borderline begging, we were finally allowed access to the rest of the building. Apparently, no one had informed security we would be coming.

Well, I thought, that’s a bit weird. But that happens sometimes. After all, it was a pretty quick turnaround getting us here.

As we rode the elevator up to the 53rd floor, I hummed silently to myself as I went through a checklist of tasks that I wanted completed that day.

We were promptly greeted and shown to a small room to set up until we could meet the whole client project team.

I chuckled to myself, I guess we’ll be playing a game of musical LAN cables to connect to the Internet. Which is exactly what we ended up doing.

I didn’t know that at the time, but I still made up my mind to power through the work I had ahead of me.

We had set up a meeting for the following week to align the scope of the project and set out the next steps, milestones, the usual. I’d spent the better half of the week working on a presentation to put to shame all other PowerPoint presentations.

I entered the room, eager to hook my laptop to the projector. I kid you not, the year is 2019 and to my horror there was an old school overhead screen projector complete with plastic sheets, spray bottle and washable color marker.