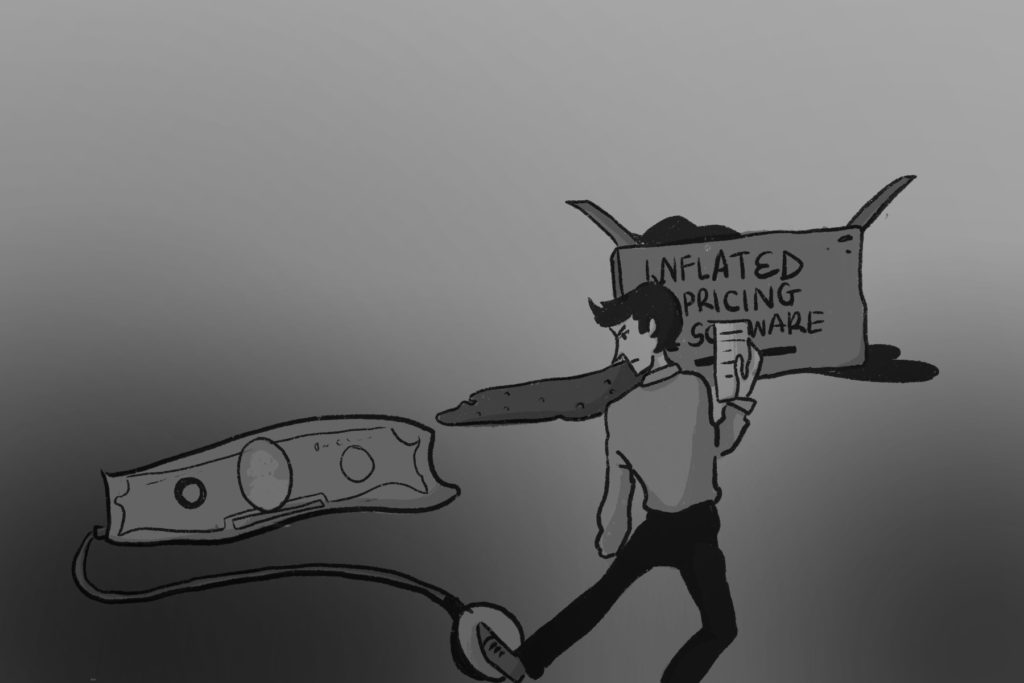 The Tale of the Useless User Stories

This story is the sixth part of a series of articles “Horror Stories in Pricing – When Pricing Goes Wrong”. The fifth story can be found here.

Silence can be so clumsy, especially in Eric’s office, where it seems to fall more frequently than an elderly relative with a fondness for sherry. One such moment has just plummeted onto Eric and Michael’s conversation. It permeates through the room for what seems like ages.

Suddenly, a drunken rendition of Poker Face by Lady Gaga comes from the next office, breaking the uneasy silence. Eric is gazing at Michael’s neck with a rugged determination, as if transfixed. His eyes return to meet Michael’s. He licks his lips and clears his throat.

“Listen to them, the children of the night. What music they make!”

Michael notes that although Eric’s ability to price is extraordinary, his ability to assess contemporary culture is shocking.

“Michael,” Eric hisses. “Michael, you have learned well, so far. We will make a pricing genius of you yet. Let me share with you yet another spine-chilling misdemeanor of sheer pricing incompetence.”

Michael draws near, but not as close as before. Eric leans forward to compensate. Michael leans back, his chair resting uneasily on its back legs.

Eric draws a breath, holds it and then releases it. He begins.

“Less haste, more speed. That is the moral of the next tale. For some companies, digital transformation is a bunch of buzz words, and like many things that buzz, they frequently also pack a powerful sting. However, for some C-suiters, the thirst to be trendy can often only be quenched by drowning in their own ignorance. As was the case of Doomsday Comestibles.

They had read that they could conquer their competition with a swift swish of a pricing software sword. But instead of slicing through their data to get actionable insights, they were stabbing in the dark. To be brutally frank, they had no idea what the software was, what they could do with it, or how they could imagine the future state of the company to be. With these wonderful insights, they gave the job of running the project to someone else who was even more clueless. As they were not able to scope the project due to not understanding what the project was, they shared this absence of guidance with the lucky office junior, told them to create the necessary paperwork based on this nothingness, and ran to the executive bathroom to remove the gold fittings and try to flog them on eBay to cover their retirement fund.

When our team arrived and were handed the ever-so brief brief containing “user stories”, we didn’t know whether we should read it, eat it or scribble an SOS on it, fold it into a paper dart, throw it from an open window and wait for the cavalry to arrive.

Of course, we demanded to meet the perpetrator, sorry, author of the documentation to shake them warmly by the throat. This junior whizz kid was then thrust into our midst. He introduced himself as Sardinia Jones – a boy so insular, no wonder his parents named him after an island! We looked at his crayon drawings of the user stories, dotted with dollar signs, smileys and Pokémon stickers, and shook our heads in unison like an over-zealous Beatles tribute band.

I scoured the office for a shredder and tossed the document into it. Turning that pile of brightly colored nonsense into psychedelic hamster bedding was the best thing I could do with it. We needed something we could work with, and we needed it fast. I rolled my sleeves up, ordered a quadruple-shot lungo from Sardinia. As he brought the steaming quagmire of caffeinated heart-attack inducer, my fingers were already a blur of productivity. As the old saying goes, “If you want something doing well, best do it yourself”. By 3 AM the next morning, we had a working draft of real user stories. It was now time to let the real magic begin!”